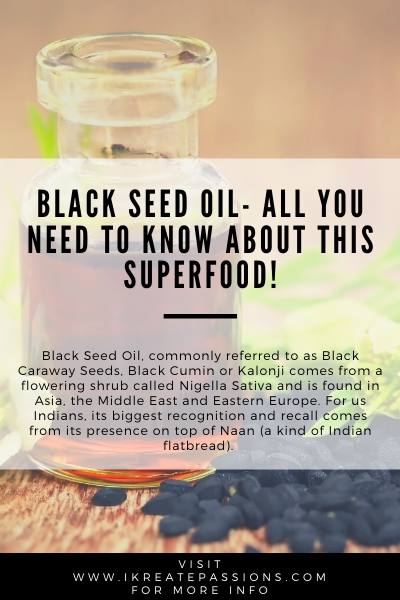 Black Seed Oil, commonly referred to as Black Caraway Seeds, Black Cumin or Kalonji comes from a flowering shrub called Nigella Sativa and is found in Asia, the Middle East and Eastern Europe. For us Indians, its biggest recognition and recall comes from its presence on top of Naan (a kind of Indian flatbread). As a kid, I remember picking those tiny black seeds from Naan and just chewing them for fun but did not know that these small seeds that we considered more as a decorative item on the Naan were a superfood loaded with essential nutrients.