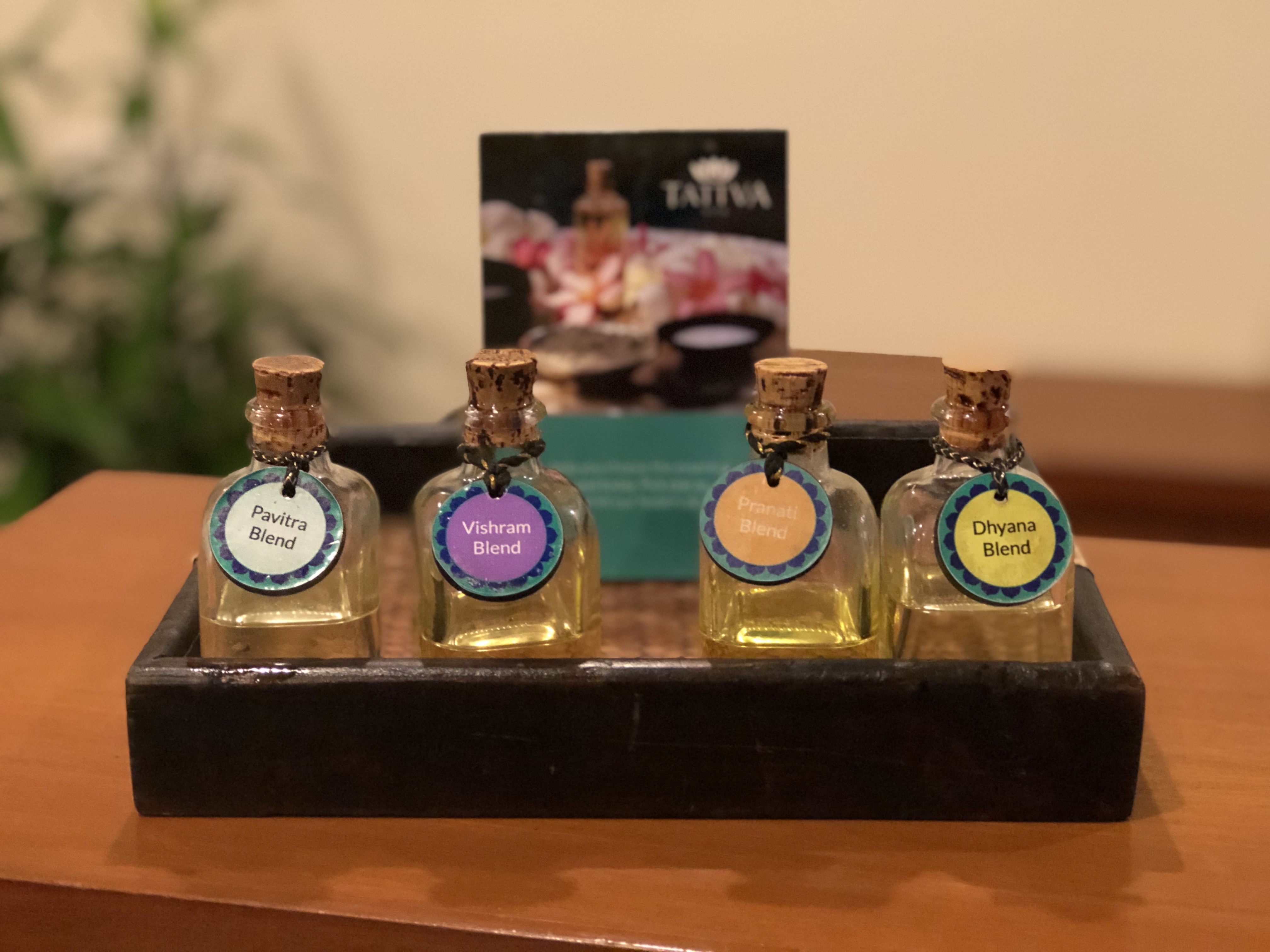 The word spa itself brings a sense of relief to me because in day to day running around, we often forget that our body, mind, and soul all need their share of relaxation. The daily grind usually takes a toll on me and I rarely get a chance to sit back and relax. But sometimes you literally have to push yourself and head for rejuvenation. 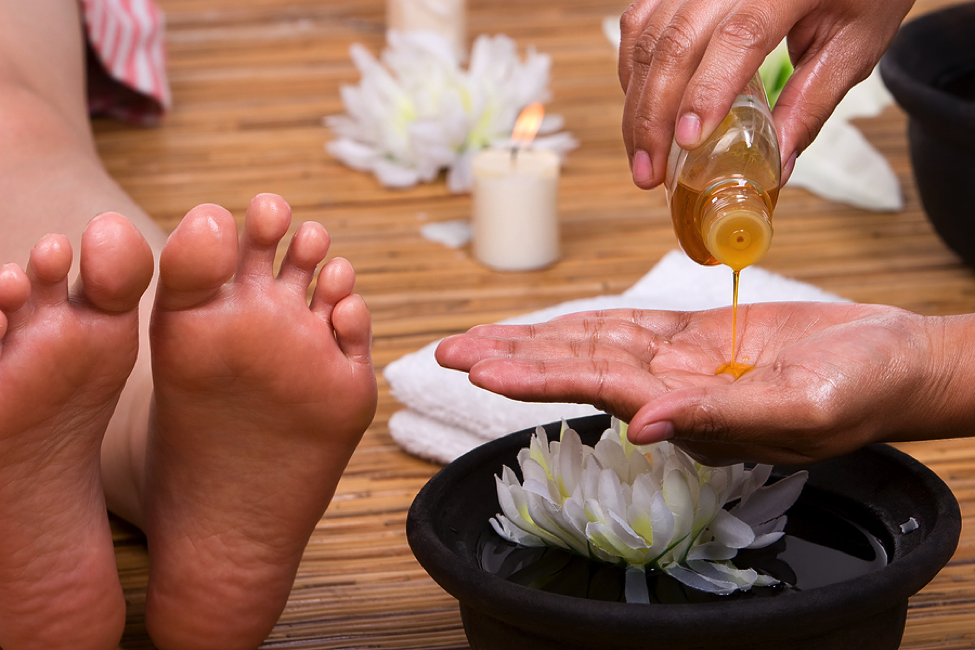 Your feet are extremely important because they help you in moving to places.

Isn’t it unfair if you didn’t bother about its well being?

Yes, it is! You must give a good feet massage to your lovely feet once in a while. It not only keeps your feet healthy and beautiful but also relieves you from pain and other feet related ailments. It is important because your feet carry the entire body weight. They must get some refreshment for functioning properly. A massage is the best thing you can give to your feet after a long tiring day. But, the technique is equally important.

You must know what is best for your feet while massaging it with oil. Here, we will tell you about helpful tips related to feet massage with oil.

Benefits of Massaging Feet with Oil

There are innumerable Benefits of feet massage and here we are listing some of them for your knowledge. Have a look!

Tips to Massage Feet with Oil There are many things which are a part of feet massage and plenty of techniques involved. These are not too difficult or time-consuming. You can try these simple tips without struggling. So take a look.

Tips on Selecting the Oil for Massage

There are plenty of oils available in the market and each one of them provides different benefits to you. Do not simply pick random oil for your feet massage. Examine the requirements of your feet and choose the one which suits your skin as well as needs. In the below section, we have listed out properties of various essential oils which can be used for feet massage.

Follow the simple guidelines and keep them in mind while choosing the feet massage oil or technique next time.

Massage is a play that really massages your emotions. No words can really express the roller coaster ride of emotions that one goes through while watching the play. From laughter, to the agony of struggle, love, betrayal, guilt, it has heavy doses of everything. The best and the most unique part about this play is that one single person portrays all these emotions and that’s none other than super talented actor Rakesh Bedi.

It’s a monologue and he enacts 24 characters in the play and each one of them is a treat to watch. The ease with which Rakesh gets into the skin of each character is commendable. His voice modulation, his walk, his gestures, his expressions, everything changes in a flash of a second as he walks in and out of one character to the other. I have been watching Rakesh Bedi in movies and TV serials and have always been an admirer of his effortless and spontaneous acting, but to perform alone, non-stop for two hours, without any scope of cuts and improvisations and play so many characters is another level. I truly respect him now as an actor after watching this show and I am sure anyone who ever watches this show cannot ignore the efforts put in by Rakesh to make this show a success. I saw the show last week and here I am writing about it after almost 10 days, because the show kept growing on me, there have been instances where certain scenes of the play just flash in front of my eyes and I long to see it again.

‘MASSAGE’ tells the story of Happy Kumar, a common man who comes to the big city of Mumbai with his pockets empty but dreams of becoming a hero. He passes through ups and downs, successes and failures, hope and despair, joys and sorrows, lanes and by lanes of the city. Rakesh Bedi’s enact of 24 different characters range from a Punjabi film producer to a South Indian actress and a Bihari politician. Happy Kumar leaves the film industry to become a gym instructor and then destiny takes a turn. The title MASSAGE refers to the massage of a person’s emotional state of mind. Though unable to realize his dream of becoming a hero, Happy Kumar is a happy loser. All his characters are noteworthy, but a few need a special mention. His portrayal of Kohli Saab, the producer with over the top Punjabi mannerisms, is simply amazing. The way Bedi changes his voice and his body language, you can actually visualize Kohli, a fat surd who talks loud, drinks a couple of pegs and gets emotional. Though Bedi doesn’t use a single prop to depict all of this, but you can see. His role as Minister’s PA, Pandey with his slurred speech is commendable and I think his best ever. The way he enacts scenes with so much finesse you almost forget that he is performing alone; you can actually visualize the entire scene and see other characters also. The scene where Heroine’s mother molests him in the music room, his walking up the stairs of his chawl, or massaging the back of Mrs. Kohli, every moment can be sensed, felt and seen.

Towards the climax, when Rakesh is reading a letter left behind by his wife Shanta, he exudes so much pain in his voice that your heart reaches out to him.

I feel privileged to not just have seen this show but also met this legendry actor in person where he shared his journey with this show that started 13 years ago. Check out what he had to say

Watching ‘Massage’ was really a massage for all my emotions and I loved it so much that I am eagerly waiting for it to happen again. I would like to thank and appreciate the efforts out in by 3 Bells Productions in getting best of the plays in this two day Mon – Key Shanti Theatre Festival and I look forward to many more events by them. Wishing them luck and 3 cheers for Mr. Rakesh Bedi.