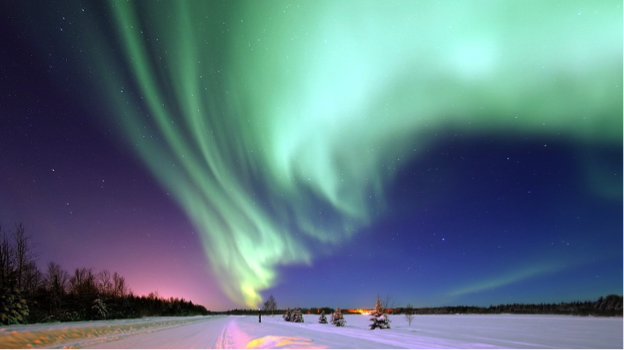 To experience the mesmerizing colors of the Aurora Borealis is the dream of every traveler. It is a bold claim that Northern Norway is the best place to fulfill this very dream. Other than Norway, other places flaunting this beauty are various Scandinavian countries like Sweden, Greenland,andAlaska.

These magnificent Auroral displays occur in many colors, pale green and pink being the most common. There are many shades of red, green, yellow and blue emitting in the night sky around the poles. The light appears in many forms from scattered clouds of light to shimmering arcs and sometimes even shooting rays that light up the sky with a stunning glow.

What causes the Northern Lights?

The understanding of Northern Lights is no rocket science. It is a simple process that occurs when our planet earth revolves around the sun, there is a small fraction of solar wind that is intercepted by our planet. Almost 98% of these solar particles are deflected by the earth’s magnetic field and are drifted downside towards the Northpole and the South pole.
The excitation of these atoms is caused when they hit the molecules present in the earth’s atmosphere. This collision creates many glowing rings of auroral nature around, known as auroral ovals. The distinctive color of light appears during the disintegration of these particles to their original state.

Experiencing the Northern Lights is a spiritually uplifting experience. Every form is different, displaying a multicolored shifting dance of nocturnal rainbows. This ethereal sight can be witnessed from some of the most beautiful Scandinavian countries. To see the celestial moves in the night sky one has to travel north towards the Arctic.

Listed below are some of the top-notchdestinations-

The stupendous mountain range prevents the orographic rains and keeps the sky almost clear and pollution free. It is no wonder that Lonely planet announced the Abiska, world’s most illuminating experiences in the world.

Being a native to Iceland has its own privileges. They are, without a doubt, most privileged ones. Northern lights here are clearly visible for eight months a year, starting from September to the end of April.

On the contrary,it is just a matter of luck to see any such aurora activity as it depends on the local weather conditions and solar activity. Iceland, therefore, is an optimal destination in order to tick seeing the Northern Lights off of your bucket list.

Canada boastssimilar experiences as Iceland since it faces longhours of darkness in winter. However, the dense cloud cover prevalent in these areas decreases the chances of aurora activity. Places like Whitehorse, Yukon in Canada is illuminated by the northern lights as a shimmering cosmic dance across the night lit sky.

Yukon is no doubt the top-notchdestinations for travelers seeking spiritual upliftment in this natural wonder of nature. There are many prime lodging options in Yukon flauntingserene viewing locations at all times. 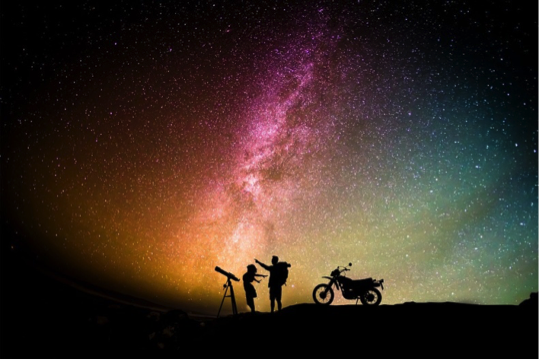 Iqaluit, Nunavut is another superb destination for blending into the cultural perspectives and witnessing northern lights. This epic destination exhibits a unique life to this region.

Want to get a glimpse of glory? Northern Alberta is the place for you. Alberta is home to Athabasca University’s Geophysical Observatory.

It is amongst the many stations in the whole of North America studying the detailed aspects of Northern Lights.

One of the most fantabulous sights of Northern lights in the world is in Norway. Here the lights only appear at high latitudes from September to March, where the lucky stargazerscan get an opportunity to experiencethe emerald green sky to the scarlet violet sky. Various companies, like Nordic Experience and Sunvil,organize amazing activities such as the Northern Lights and dogsledding.

If you are a resident of America, you are the luckiest as there is no need tohead toEurope to experience the Northern lights. You can actually experience it without leaving the United States.It is the inland Alaskan Arctic where skies are crystal clear and thus provides one of the best spotsto witness the Northern lights and enjoy the natural cosmic light show. Northern America is the most convenient place where Americans head for their chances to see the aurora borealis.

This beautiful town is located on the extreme northern edge of Alaska which organizes tours and outdoor adventures connected to the native culture providing a vast open area to drown in the feel of Northern lights.

Why do we see the blend of different colors?

The most common color observed in Northern Lights is green. It is due to the collision of the solar wind with millions of oxygen atoms which, when decay fall back to the original state, while emitting the green hue in the night sky.The reason for the red color seen in the northern lights is also caused by oxygen atoms.

The red color is always present, the reason for its intermittent appearance is that the human eyes are five times less sensitive to red light than green. The beautiful swirl of purple tinge is due tothe fact that the earth’s atmosphere is made up of nitrogen. 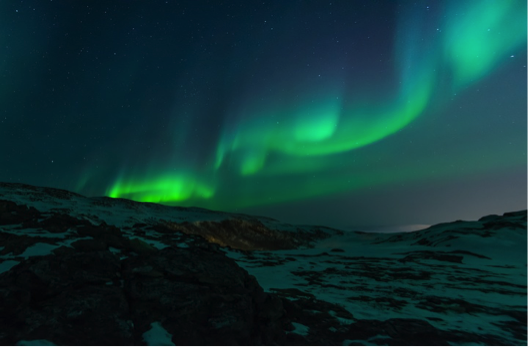 To witness the real beauty of our planet, we need to travel often and experience the richness of diversity in terms of culture, ecology, food and the natural events that occur on this planet.

Yogi and Suchna believe in taking the road less travelled and stumbling upon some hidden gems along the way! For over a decade, they’ve mapped their way across various continents, sniffed out unusual routes, discovered new flavours and stayed at quirky hostels. TheVillaEscape is their expression of soul travel. To check Iceland Trip From Indiayou can catch up with them at TheVillaEscape.

16 thoughts on “Awesome Northern Lights Vacations All Over the World”