Skip to content
Posted on March 28, 2016 by Aditi Malhotra
How often do we get a chance to peep inside real crime stories.. how often do we get a chance to know how the CBI functions.. how often we get to know the truth behind the criminal investigations, the informers network, the encounters and the police instincts..
The real answer would be RARELY.. Because all our information is based on what we see in films or TV serials and some random books.. But their authenticity is always questionable.
And for those who always wanted real answers for these questions, comes a book that talks about 11 CBI cases, and is written by none other than a top ex cop, the ex police commissioner of Delhi, Mr. Neeraj Kumar.
The title of the book in itself intrigues the reader, to grab a copy soon and turn the pages of this thriller, its called DIAL D for DON.
On Saturday, 26th March, Mr. Neeraj Kumar discussed his book with a few book lovers from the very renowned Delhi Book Lovers Club run by Mr. Kunal Gupta, at the Oxford Bookstore in Connaught Place. 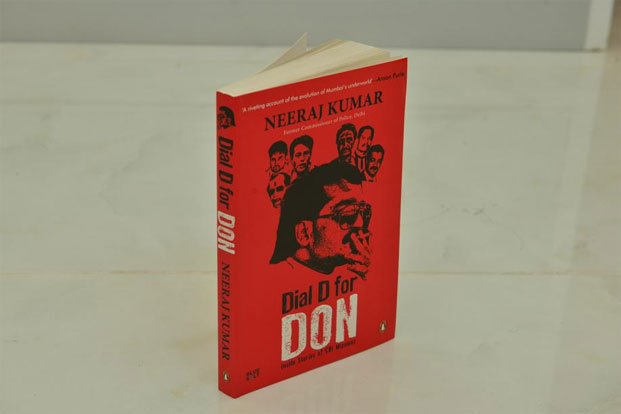 The session was moderated by Mr. Sumant Batra, the Founder and the Chief architect of Kumaon Literature Festival.
Also present at the event was Mrs. Bubbles Sabharwal, a woman who wears many hats. She is the director of two theatre companies: ‘Kidsworld’ which works with children from 3 years upwards; and ‘Theatreworld’ which works with adults. She has published a book of one act plays, Runaways and Other Plays and a novel, Tomorrow’s Promise. Bubbles runs a ‘Book Club’ at the India Habitat Centre and writes a weekly column for the Financial Chronicle.
Mr. Sumant asked many questions related to the chapters in the book, and Mr. Neeraj Kumar answered all of them with great detail and interest. 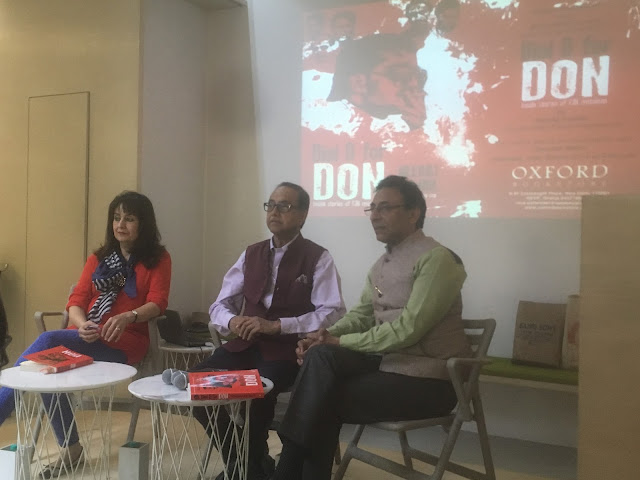 Through the book, Mr. Kumar recounts 11 of his most intriguing investigations- from bringing the Memon family back to India from the UAE to the nabbing of Beant Singh assassin Jagtar Singh Tara; from the thrilling capture of the Dawood of Gujarat- Abdul Latif to the conversations with Dawood Ibrahim himself; from the arrest of American Centre mastermind Aftab Ansari to nailing culprits of match fixing and the spot fixing scandals in cricket. These investigations have been part of the crime history of India yet have been untold and unrevealed so far. Dial D for Don opens the world of policing and tracking of some of India’s most wanted men and women and the successful arrest of terrorists and criminals in operations led by Kumar while serving in the CBI between 1993 and 2002.
The book published by Penguin Random House has received an overwhelming response and already figures on the bestseller lists of Amazon, Nielsen and Crossword. Through this book, Kumar recounts and reveals spellbinding details of eleven of his most thrilling investigations during his tenure as Joint Director CBI and Commissioner of Police, Delhi.  Riddled with astounding facts and intriguing details, Dial D for Don is a rare insight into the most high profile CBI and police missions that reinforced the fear of the law amongst underworld operatives in India and abroad.
It was a really enlightening session, where in all the nitty gritties of crime stories were shared by Mr. Neeraj Kumar.
I haven’t read the book so far, but I am very convinced that it will make for a very interesting read and hence I am gonna grab my copy now..!!