Posted on May 20, 2016August 3, 2016 by Aditi Malhotra
If you’ve been around for longer than a decade, you probably know that Nehru Place birthed Delhi’s first tech boom, decades before the days of ridiculously easy access. However, today, despite everything being so attainable, Nehru Place still feels indispensible to Delhi. From what began as a hub for all things IT – no matter how questionable the authenticity – Nehru Place is now a bustling ecosphere of it’s own, playing host to banks, restaurants, a Cineplex and one of the largest Visa centres. The newest Social represents everything Nehru Place does – a thriving energy, a space for innovators to discover, disrupt and challenge, and an unstoppable pulse. 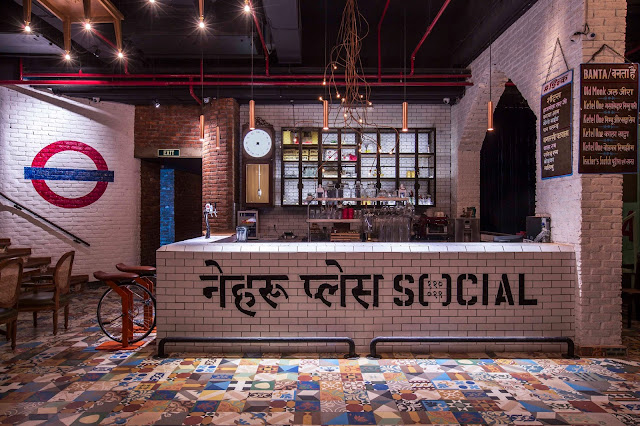 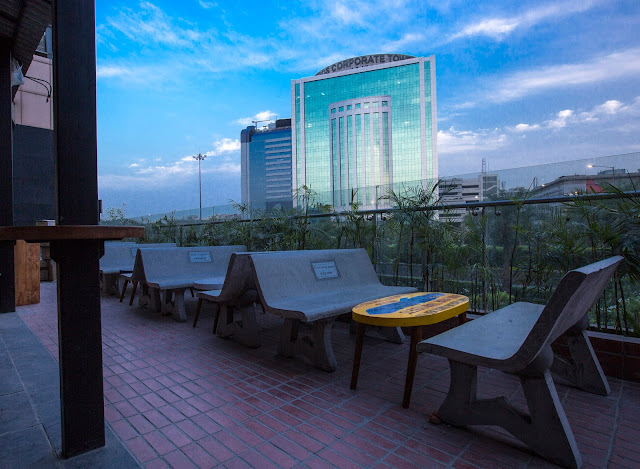 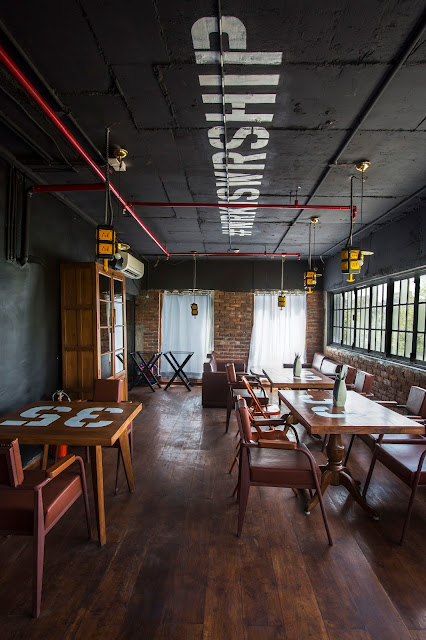 Riyaaz Amlani, CEO & MD, Impresario Handmade Restaurants says, “We are excited to launch the fourth Social in Delhi in Nehru Place, with a renewed commitment to creating a hotbed of creativity and a space that thrives on synergy for young entrepreneurs and inspired minds. As always, we will continue to challenge norms across the board, which will extend to food and drinks as well. The energy here is palpable and we hope our space is steeped in the same dynamism that has come to be synonymous with Nehru Place.”
Nehru Place Social, like its Hauz Khas and Def. Col. predecessors, is a curation of the same design philosophy of minimal intervention and maximum up cycling. The anti-design theme runs through the entire space with underlying brickwork peaking through distressed walls and much more. The area has been maximised in terms of usage and dynamic elements have been added to make Social that much more functional. 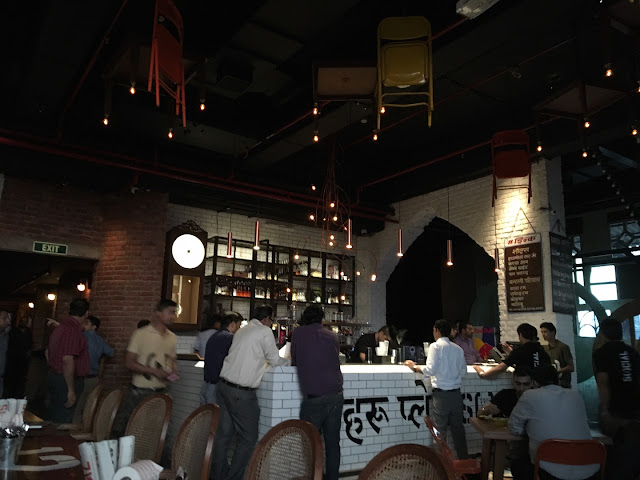 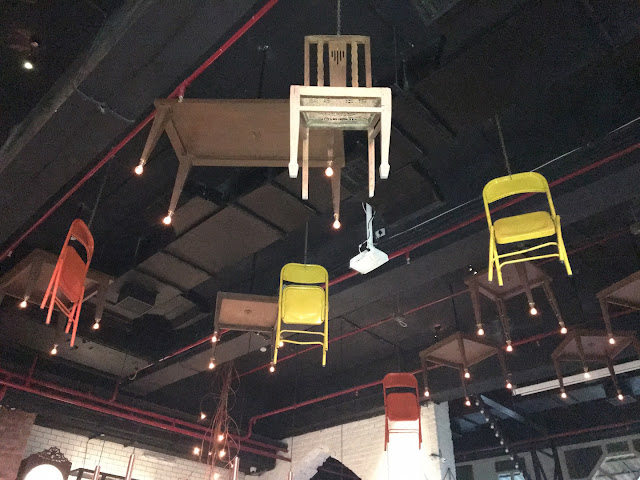 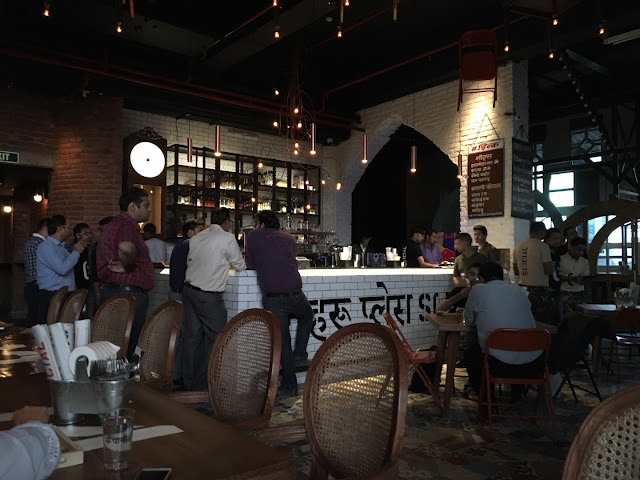 Go back in time with ferris wheel booths and ride it as long as you don’t drop your own food. The tables in the centre stay if you want to sit down and eat; the tables go up when you want to party like a rockstar. Hanging off giant metal chains, the people will decide how they like their space. Be a spectator at Social and sit on the massive steps that mimic stadium seating. Whoever skipped the gym can workout at the bar with Social’s half- cycles, another tier of efficient, yet fun design. And then there is an entire element of what Nehru Place has meant to the city over the years, with odes to much of the now- defunct IT parapharnelia and dreams of geeky collectors. 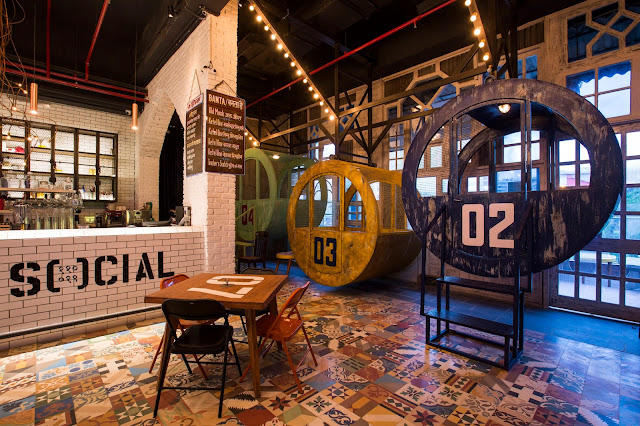 If you walk into a Social during the day, you will most likely find a swarm of sleep- deprived millennials hunched over their laptops – bootstrapping, young idealists willing to rough it out on their way to the top. At Nehru Place Social, such individuals will have the comfort of an exclusive space, cordoned off by a glass door that is dedicated to co- working – the music will be a gentle hum and patrons that are there for a meal or a few drinks won’t cause any disturbance.
Strongly believed, Social has left an indelible mark on Delhi’s food landscape with its Mile High Club Sandwiches, DIY Bruschetta, Baida Rotis, Oreo Mud Pot Shake and The Chocolate Blood Bath. The city’s favourite food has another deadly destination to devour with Nehru Place Social! Start your day with a Breakfast Tray or call it a night with the Big Bad Burgers. Go solo with a Salad or eat with a team with Social’s Substantials and Sharing Plates. Keeping its date with curiosity, the food & drinks menu more than tickles your fancy with new additions like Butter Salt & Peperoncino Wings, the Killer Kebab Platter, and the Bhoona Sausage Pao.
We tried the Water Melon Vs. Feta Salad, and have to say that it was a perfect thing to start the summery evening with, and the way it came in a mason jar made it all the more appealing. 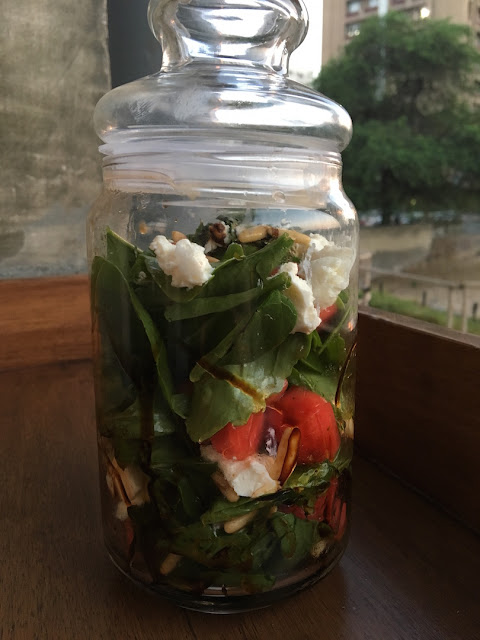 The next we ordered Gun Powder Calamari, a crispy beer battered fried fish served with Podi Powder and Lehsun Chutney Mayo. This too tasted awesome and made for a perfect starter. 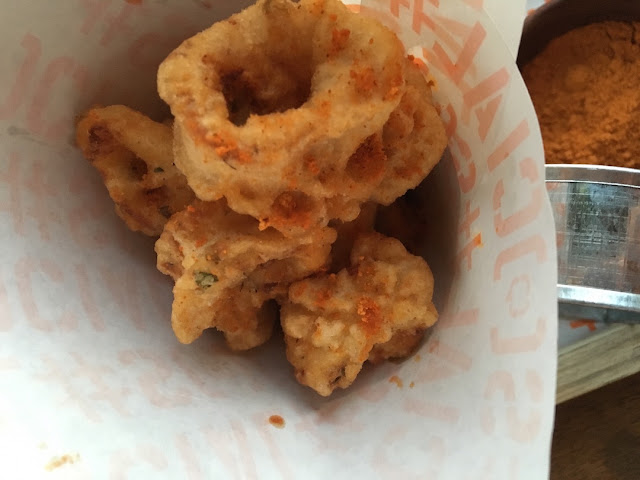 Shwarma is a newly added dish in the menu, and it was simply delectable. One look at it, and the mouth starts watering.
Also on the menu were some chicken tikka tacos and they were truly delectable.
For drinks we settled for Trip on the Drip and Screw Social Driver, and both of them were amazing. Somehow for me its just not possible to visit social and not have their amazing Ferrero Rocher Shake, its simply mind blowing. I can never enough of it.
Social seamlessly fits into the fast-paced rush of Nehru Place. Whether you’ve been wandering around to get the best deal on the gadget you’ve been crushing for or up for a meal after a long productive day, Social is your one stop shop.

One thought on “Challenge, Disrupt and Evolve at Nehru Place Social”