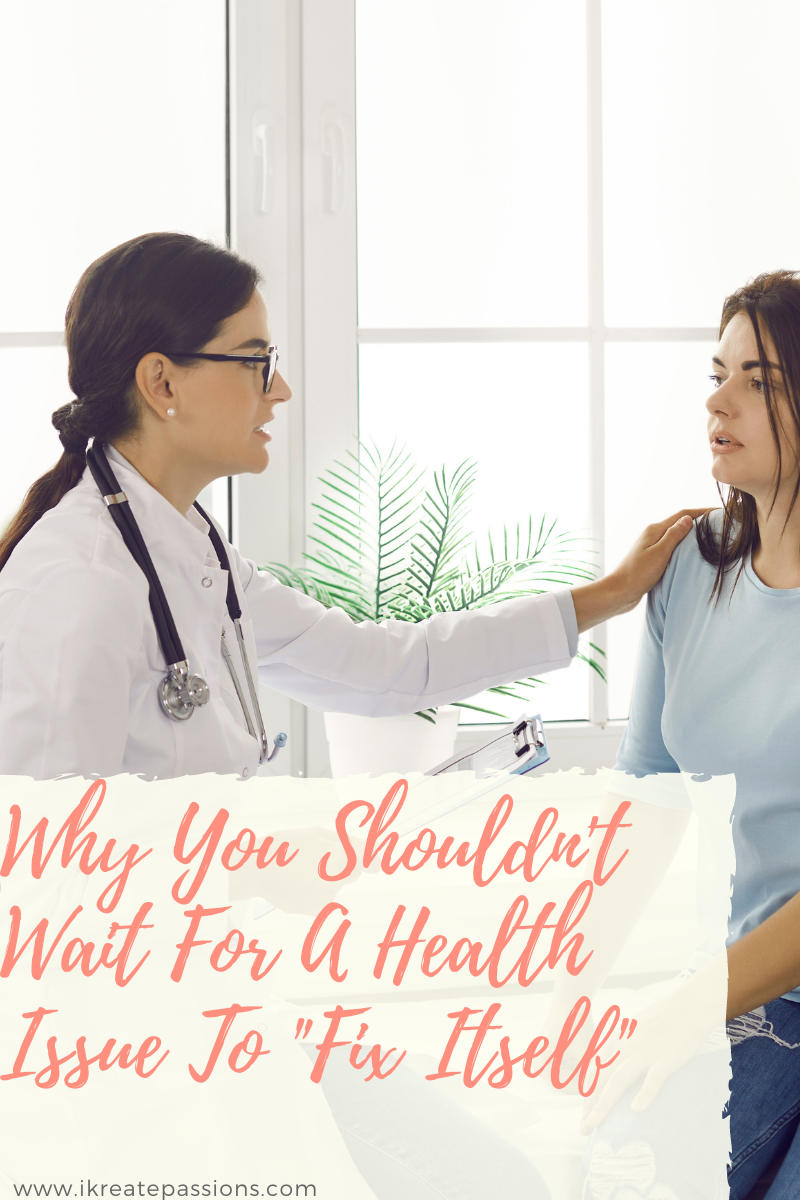 If we are honest, all of us have, at one time or another, noticed a health issue and decided to ignore it. “Ignore”, here, has a number of different meanings. In some cases, we’ll have bookmarked the problem and decided that if it’s still lingering in a week or a month, we’ll do something about it. In other cases, we’ll assume that the issue will fix itself, so we won’t think about it, and just leave it be instead of making an appointment.

It’s important to recognize that there are some times when we know exactly what is wrong, we have experienced it before, and we know we can leave it to run its course. There’s nothing you can do for a cold, for example, beyond taking paracetamol to manage the symptoms and ensuring that you’re getting plenty of fluids. The rest you need to leave to your immune system. However, in other cases, letting things run their course can have serious negative repercussions.

If you’ve had a lingering cough for several days or even weeks, then it is fair to mention that it could just be down to post-nasal drip or even a new medication. It’s more likely than not that it is down to one of a few largely benign causes. But a cough shouldn’t stick around for weeks, whatever the cause, and if it stays in situ for a fortnight or longer, it’s time to get it checked out. If it’s something essentially benign, it can be treated and quickly cured. If it is something more concerning, such as lung or throat cancer, early detection is essential to a positive outcome.

That toothache isn’t going to just go away

Pain in our teeth is overwhelmingly likely to be caused by decay, gum disease or a cavity, but in all of these cases, an early minor pain isn’t going to be all that happens. Decay will persist; gum disease will spread; a cavity is only going to get larger. Experts like Alliance Dental Care can slow these issues and then stop them entirely, and this is the only reasonable course of action. Oral health issues can spread to cause problems with your heart. An infection can become sepsis. Unchecked tooth problems can even lead to a greater likelihood of dementia. What starts as toothache can eventually be fatal, if ignored.

An upset stomach should not persist beyond 72 hours

We’ve all eaten something that disagreed with us; the more unfortunate among us may have had a bout or two of gastric flu. In each case, loose bowel movements and regular urgency – along with stomach cramps – can be unpleasant, and it takes a bit of getting over. But if you have persistent diarrhea, nausea, stomach cramps, vomiting or even difficulty swallowing, it is important to see a doctor about the issue. Request a home visit if you can’t get out – because what you assume to just be a dietary response could be something more sinister, including colorectal cancer. Again, the causes are most likely to be benign, but there is nothing to be gained by waiting for things to clear up if they persist beyond three days.