A word about the Author first.
Sapan Saxena a software engineer by profession is an Author by choice. Born in Lucknow he got his Engineering degree from MNNIT Allahabad. While coding for a complex algorithm he realized that writing fiction would make more sense.
His first book was the highly acclaimed Finders. Keepers.
Currently based in Nsshua, New Hampshire UNNS -The Captivation is his second book.

UNNS traces the journey of its main protagonist Atharva Rathod and his love Meher Qasim.
Atharva hopelessly in love with Meher from adolescence is seperated from her in a sudden change of heart and circumstances which he is totally unable to comprehend.
Time passes and fifteen years down the road he still pines for her not knowing what prompted her change of heart and subsequent disappearance.
But as destiny would have it Atharva who is now an intelligence officer with R A W is sent on a secret mission to Germany and yes runs into Meher.
A chance meeting or something planned???
Atharva’s love for Meher which was buried deep down surfaces again.
Will Meher return his love?
Is she a threat to Atharva’s mission?
Read the book to find out and watch the gripping trailer here

The author has narrated the story beautifully. It is a fast paced racy Rom-thriller. Edge of the seat excitement from cover to cover. Difficult to put down the book once you start reading.
Be prepared for a shocking end to the story.
Absolutely a must read.
Go pick your copy and enjoy the drama unfold!!!!

The book is available on Amazon for Rs 189/- 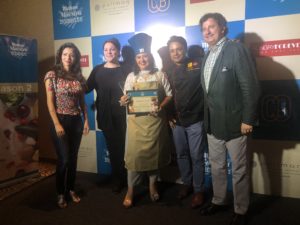