Posted on April 10, 2016August 3, 2016 by Aditi Malhotra
A small little place, tucked away in the busy Hudson Lane, the famous University area of Delhi is definitely worth every dime you spend on good food.
Its called the University Bistro, and I have to say that it was one of the warmest and tastiest food experiences I had in a long time.
The place is very vibrant and full of energy and has been designed keeping in mind youth as the main TG, it being in the university area. It oozes out a very positive vibe, the moment you enter. 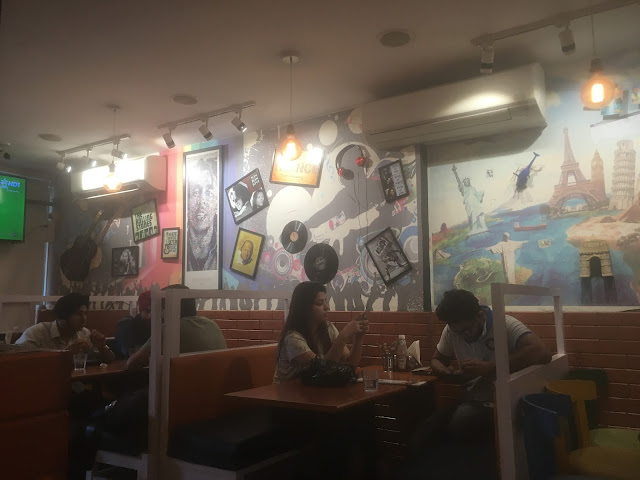 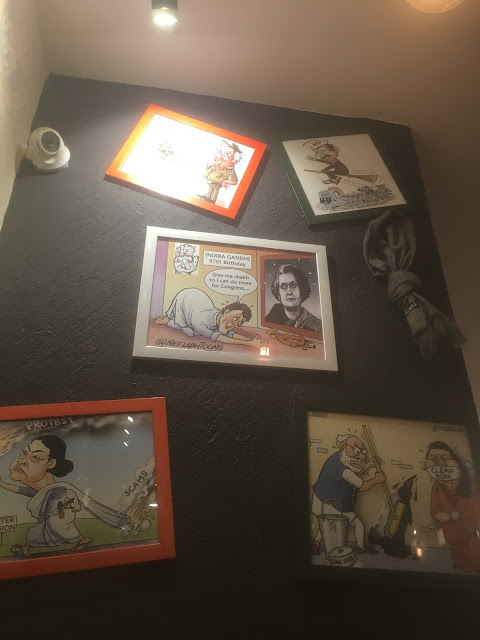 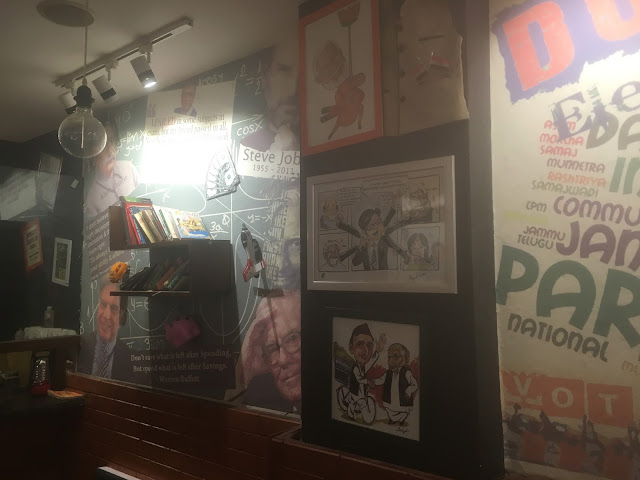 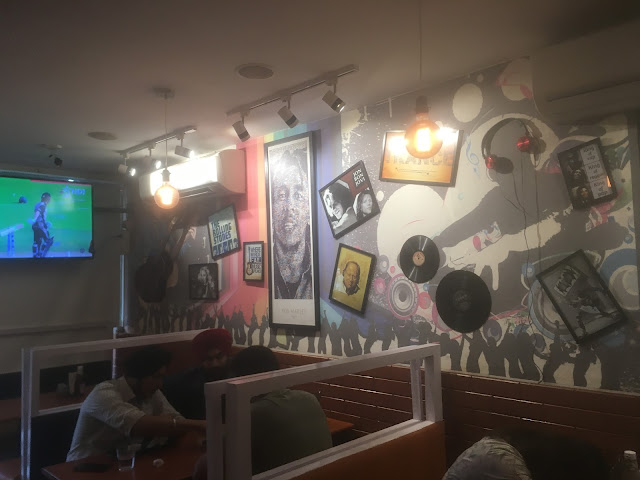 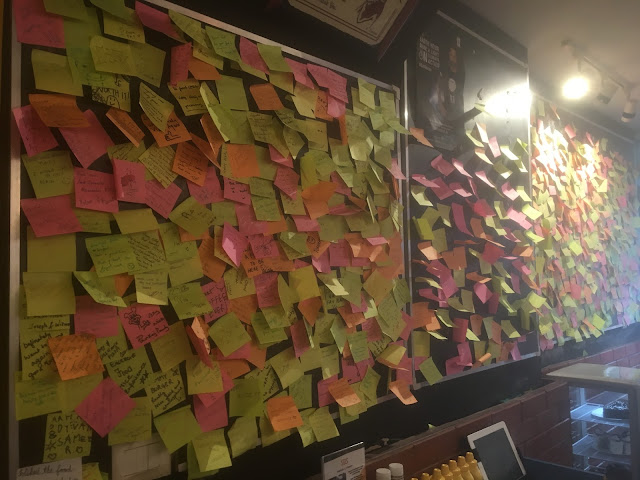 We were called for a review of new additions in the menu, and I consider it completely as our pleasure in doing so.
To begin with we were served watermelon shots, which were very very refreshing.
Tomato Gazpacho, a cold soup, followed this, which again made an equally refreshing drink for the summers.
Chef Anil, went on to explain the concept behind each dish, as he comes with an extensive work experience in foreign countries. He recreates Mexican, Spanish and other dishes with a twist of Indian tastes to suit the audience.
For example, we were served chicken nachos, which had the Mexican nachos, but instead of making it a spicy deal, chef had blended the taste with some cheese. It was simply yum..!! 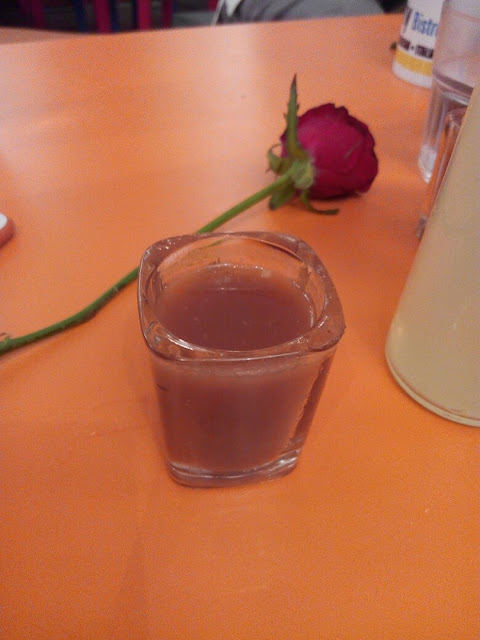 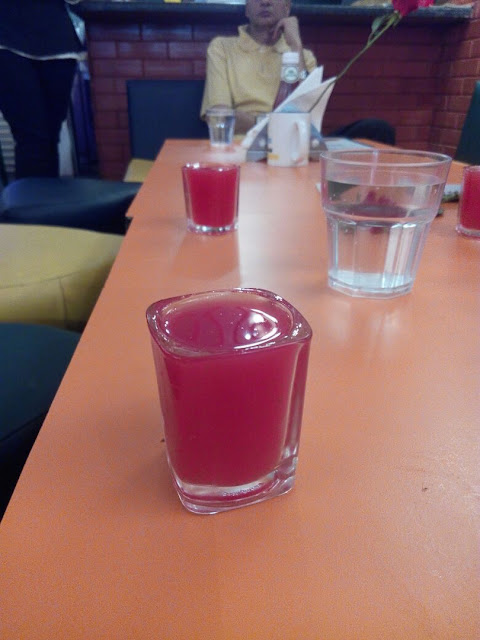 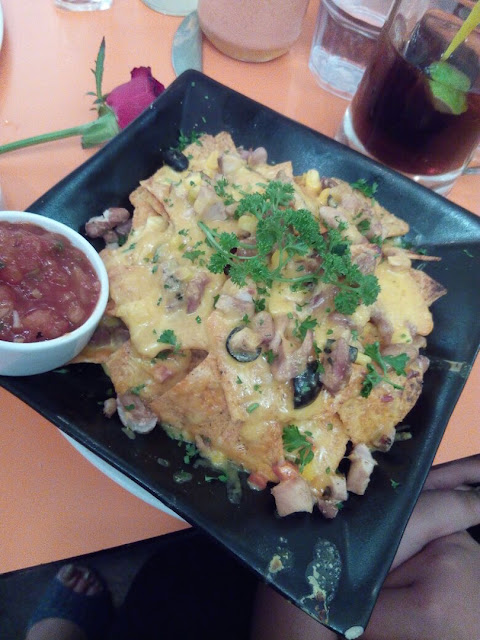 Next were the cocktail sandwiches and as the name suggests, it had an amazing cocktail of vegetables, making it a vegetarian’s delight. Non-Vegetarian version of the same is available too.
Next was the vegetarian pizza and I have to admit that I never like Pizzas from outside, I always prefer making them at home, but this was an exception. The pizza had a thin crust, which was freshly baked, in the stone oven, which gave it a very authentic taste. I simply loved it. 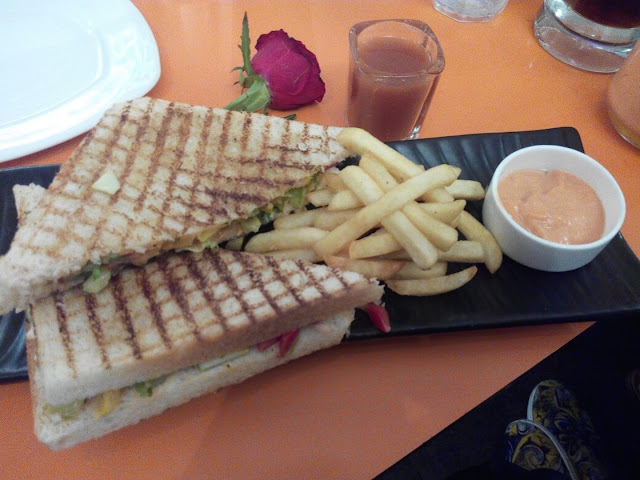 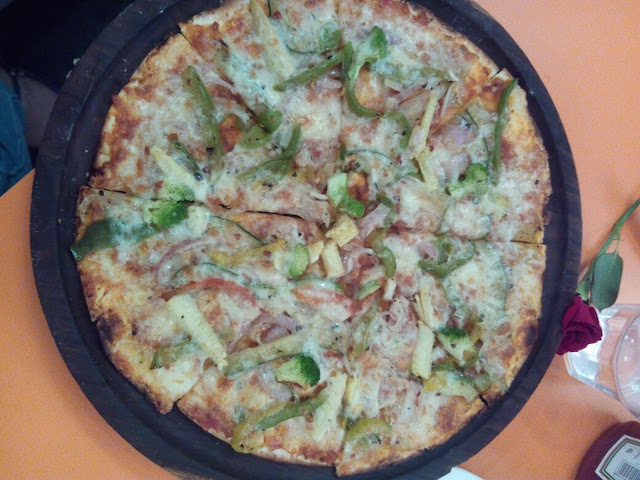 The next two dishes were each better than the best, the corn-fed chicken and Mexiskin Potatoes with Kapsa Rice. The chicken was juicy and tender, and its sauce was finger licking good, the jacket potatoes were baked to perfection, and their filling had a great taste, the rice were too were perfectly done.
The last dish was like a cherry on icing, the best that I had that day, it was the Chicken Parmigiana. The chicken was done to perfection and the topping of tomato-based sauce and cheese was mind blowing. 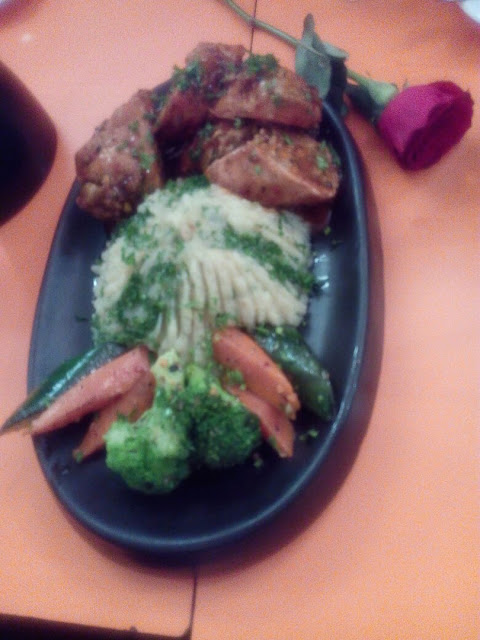 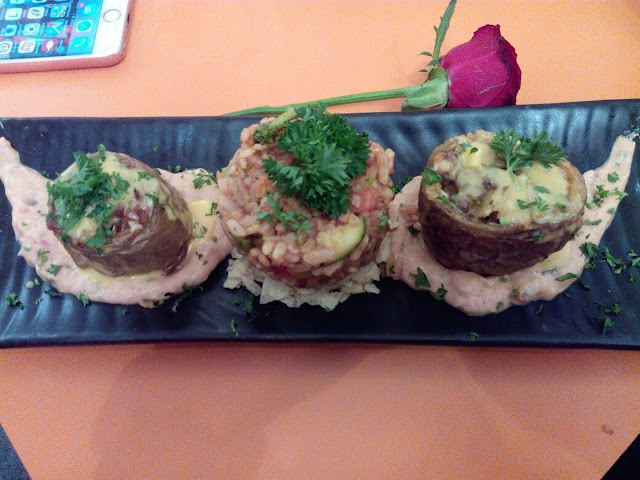 For the desserts we had, Apple Pie, which was awesome, the tastes were perfectly blending. There was Kiwi-based Cheese Cake too, but the cheese was too salty, and hence it did not taste that good, but the chef took our feedback constructively and admitted the cheesecake going little wrong. 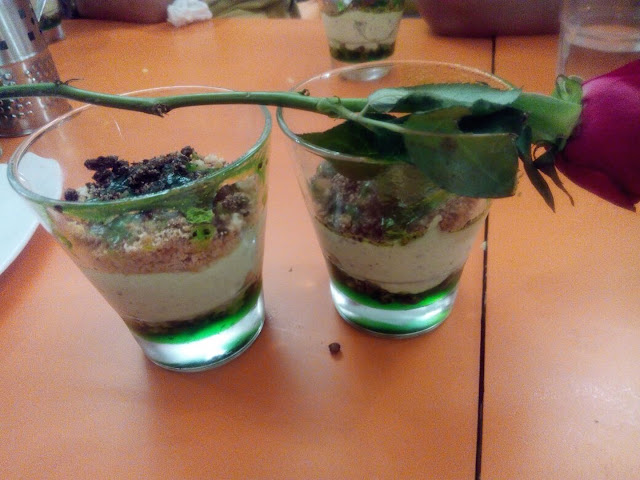 But overall, it was a beautiful evening spent at the University Bistro and I strongly recommend it to my readers. I also happened to meet the owner of the place, Mr. Aggarwal and he came across as a very warm and down to earth person, discussing the ideation and hardwork that went behind setting the place up.
Also to highlight, their prices are very very pocket friendly, it will not burn a hole in your pocket for the kind of delicious and authentic food you would be tasting there.

One thought on “Restaurant Review- The University Bistro”