Skip to content
Posted on March 18, 2016 by Aditi Malhotra
Ever since they patched up their long lost friendship, Shahrukh and Salman have been seen together quite a lot of times.

Recently they were seen catching up while rehearsing for the upcoming TOIFA awards. As per insiders, both are geared up to give power packed performances at the award function and we can’t really wait to see it.. 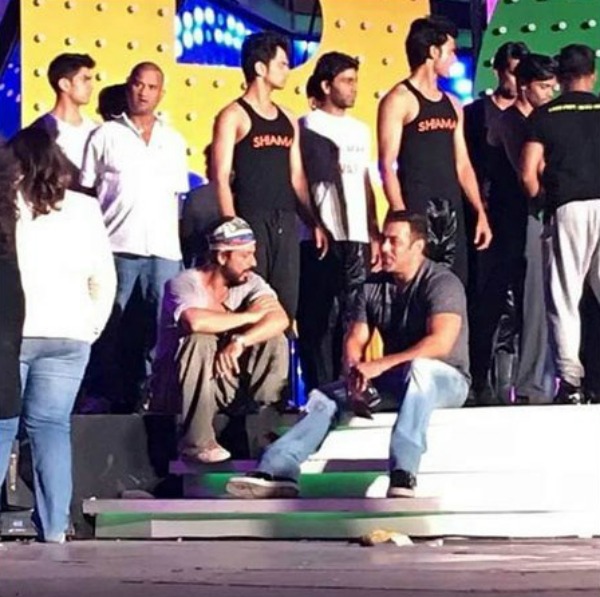 They both are otherwise busy shooting for their respective films Raees and Sultan which are up for a clash at the box office, but all seems well between the two.
In fact just a few days back Shahrukh even dropped on the sets of Sultan to greet his dear friend Salman.
Now its for some producer-director to cast the duo together and create history..its really gonna be amazing for their fans if they work together on a film, meanwhile enjoy the glimpses of their bromance off screen. 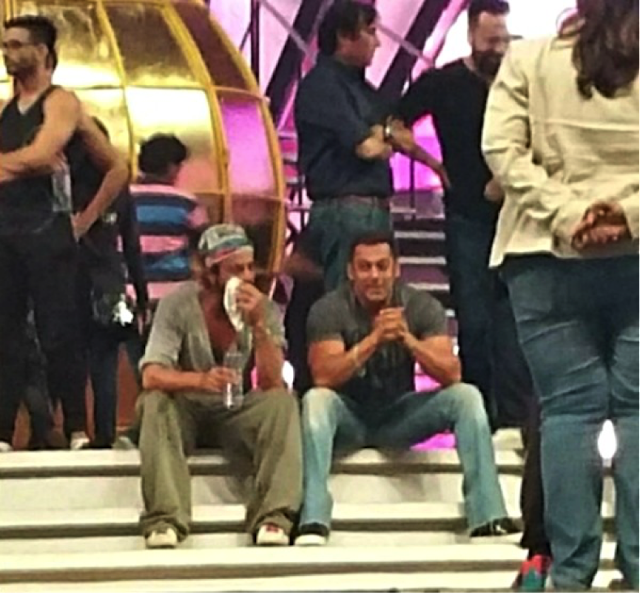